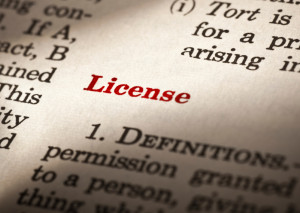 Have you recently made a career move — maybe going in-house?  Or shifting from a firm to government work?  When you’re dealing with a work-life change, watch out for details that can too-easily fall through the cracks — like your license to practice, the date it expires, and whether you are in line to get an expiration notice.

Illustrating the possible pitfalls:  a high-level Justice Department  lawyer was in the spotlight this week because he practiced for two months while unaware that his license had lapsed.  He issued apology letters, including to the Ninth Circuit, where he had presented an oral argument while unlicensed.

“I wish to correct…”

As reported in Law360, the lawyer heads the DOJ’s Environment and Natural Resources Division.  He has been a member of the D.C. bar since 1997, and worked at Kirkland & Ellis before joining the DOJ in 2018.  His license was deactivated October 1 for not paying his annual bar dues.

In apology letters he sent to three federal courts where he practiced while his license was inactive, the lawyer said that the D.C. bar did not have his correct address and that he didn’t get mail forwarded from his former firm; as a result, he didn’t receive notice about the dues deadline.  Once he discovered his license had lapsed, he paid up the next day, he said.

During his twelve years at Kirkland, the lawyer said in the letters, the firm handled payment of his bar dues.

“If in appearing at oral argument,” the lawyer wrote to the Ninth Circuit, “I implicitly represented that my D.C. bar license was active and was authorized to represent the United States at that time … I wish to correct any such implicit representation and extend my sincere apology.”

Don’t let this happen to you!

Model Rule 5.5 bars practicing law in a jurisdiction in violation of the regulation of the legal profession in that jurisdiction.  Every jurisdiction prohibits unlicensed practice.  We’ve pointed out before the woes that can befall in-house counsel, for example, who fail to keep up their corporate license registration.  Here, the problem appears to have been a career move from private practice to government work with the accompanying change of address.  In his apology letters, the lawyer pointed out that his old firm had also moved to a new address after he left.  That surely made the snafu worse.

I’ve practiced with a large firm for my whole career, and the DOJ lawyer’s situation also illustrates how relatively easy we big-firm lawyers have it when it comes to the nitty-gritty details of practice.  It’s easy to become dependent on great support services — like staff that takes care of annual registration dues, or administering the IOLTA account or running the conflict-checking data base.

Just be aware that when making a change from one practice environment to another, you may have to pick up some tasks — and a change-of-address form may be one of them.